Why Hemp and Marijuana are the Same… But Different 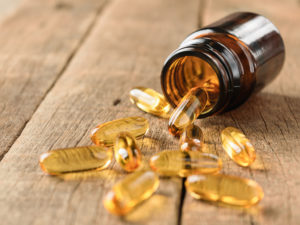 Hemp and marijuana are legal definitions, and because of that, the fissure between the two comes from politicians and not horticulturalists.

Hemp is cannabis containing no more than 0.3% THC, the psychoactive compound found in the plant.

Marijuana is federally illegal and classified by the DEA as a Schedule 1 drug as it is deemed to have “no currently accepted medical use and a high potential for abuse.” Just a fun fact, cocaine, meth, and fentanyl are schedule II drugs and thus, according to the DEA, have a lower potential for abuse. Go figure!

Hemp, on the other hand, is completely legal primarily because of the 2018 Farm Bill. It’s so legal that it’s almost too legal. Meaning, as of the writing of this article, there are little to no requirements a hemp product must meet before hitting wellness store shelves.

The difference practically is that one will get you “high” as a result of the THC content and one will not. And of course, the businesses and industries dealing with each product could not be more different. Marijuana businesses, especially in medical only states, oftentimes operate with high risk applying for a limited number of permits and exhausting vast resources in the pursuit of staying compliant with their state which is fiercely independent from every other state. All this while, hemp can travel freely between states and often between countries all while going through little to know government supervised quality control.

Don’t worry if you’re not in a recreational or if you’re in a medical state and don’t technically fit your state’s qualifying conditions. There are hundreds of cannabinoids in cannabis and THC (and CBD too for that matter) are just one of many. Today, science can isolate almost anyone of these compounds or mix and match. As long as the products containing these compounds stay below the required THC level, they can legally contain anything else naturally occurring in the plant including cannabinoids, terpenes and essential oils. It’s thought that all of these elements work together to generate the maximum therapeutic benefit in what’s called the “entourage effect.”

The definition between hemp and marijuana becomes even less relevant as science becomes better and better. Because now, labs can formulate products with essentially any combination of cannabinoids, terpenes, and anything else that the product calls for.