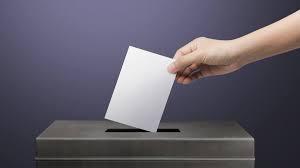 MID-TERM ELECTIONS, MARIJUANA INITIATIVES, AND THE WILL OF THE PEOPLE.

By Brian SmithOctober 7, 2022No Comments

It has long been the dream of cannabis advocates to some day walk the streets of their neighborhood without shame or fear of arrest and punishment. Undoing all the fear-mongering and fabricated evidence has taken what seems an eternity to reach the point of breaking down the false barriers and finally removing the stigma so long attached to a simple plant is now closer to reality than ever.

Politics and partisanship certainly seem more divisive these days, and candidates are scratching and clawing their way into office in closer and closer elections. It appears the U.S. may be at a tipping point for marijuana and its allied industries. From growing employment to increasing tax income, as a business platform the cannabis industry can no longer be overlooked by any segment of the population or any political party.

A domino effect is in full swing in the U.S. as voter-driven marijuana initiatives are becoming more prevalent. It’s become impossible to ignore all the signs that point to eventual federal legalization of cannabis. One look at a map of the U.S. illustrating the growing number of states and citizens with adult access to legal cannabis leaves nothing to the imagination, nearly a forgone conclusion.

But the logical yet rhetorical question remains: WHEN? 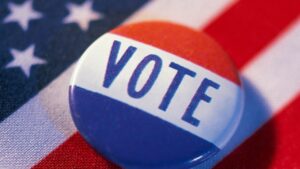 This is a moment in history like no other before. Usually, mid-term elections are the pause between presidential elections with a reaffirmation of representation. With both the House and Senate unusually balanced between the two largest political parties, these mid-term elections could have incredible historic effects, particularly when it comes to legalization of marijuana at the federal level.

George Washington was purported to say the oft-elected House of Representatives is like a cup of hot tea with raw public sentiment while the longer-term Senate is the saucer into which the hot tea is sensibly cooled. This allows knee-jerk reaction legislation to be examined slowly and thoroughly to reflect upon its impact. This is simply a brilliant balance left to us by the Founding Fathers.

We feel the upcoming mid-term elections are likely to eventually tip the scales in favor of legalization at a national level. Both parties are desperate to gain votes, wins and majorities in their respective groups and their supporters seem to have some obvious diametrically opposed philosophies on many subjects. Marijuana has become a political football but also seems to be inevitably marching towards legalization.

Now is the time of bipartisanship, not narrow thinking. Marijuana may very well be the deciding factor in many of these races and that will be watched closely by those on both sides of the aisle.

It is very clear in our view that a SIZEABLE majority of U.S. voters are in favor of full legalization however there seems to be a wide rift between national political parties with the GOP holding the Schedule 1 banner high. Do the supporters of this group truly hold deep reservations about negative effects of this plant on people and society or is it just a political football designed to garner votes at election time?

A closer examination shows a deeply disturbing trend towards initiatives and other public voter methods of placing marijuana proposals in front of voters and legislators being stymied and blocked by GOP politicians and appointees. Indeed, several GOP affiliated legislators have been actively advocating stricter amendments to their various state constitutions to make it more difficult for voter-inspired initiatives to be introduced and voted upon in order to muffle the voice of the public.

We strongly believe that the tipping point for legalization of marijuana at the federal level is about to be reached. Six states will be voting on a forum to make adult-use recreational marijuana legalization a reality, with a seventh voting on a medical marijuana initiative for the first time. 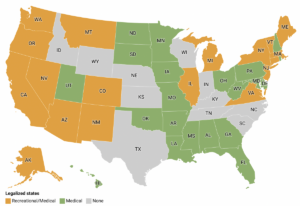 THE WILL OF THE PEOPLE

The Great Prohibition is a stark example of this phenomenon. It not only failed in keeping alcohol out of the very hands of citizens who desired it, it gave a foothold to criminal organizations that exist to this very day! Errors of this magnitude can cost untold billions of dollars and a heavy price in human suffering in a cause most people never wanted in the first place.

Being a hemp-based company puts Hemp Synergistics squarely on the side of legalization for obvious reasons. It is specifically for these reasons that we here at Hemp Synergistics have remained relatively silent to allow our fellow citizens to make their own fair and unbiased opinions heard.

We at Hemp Synergistics join the growing chorus of calls around the nation for federal legalization. We encourage all legal cannabis supporters to make their feelings known through contacting their elected officials and appointed officials. Only a tidal wave of public opinion can convince the major political parties and their candidates of the efficacy of legalization on our society and for the better.

This November’s elections and initiatives have the power to propel the cannabis legalization movement to the point of finally undoing unjust laws, changing attitudes, and joining the mainstream of America.

It is often said that the measure of a society is how they treat their poorest and most infirm members. You have the ability within your hands to make changes this country has needed for so long and put an indelible mark on the history of our society and all those that deserve every bit of help we can provide.

Vote for candidates fully behind legalizing marijuana and vote YES for your state’s marijuana initiative.