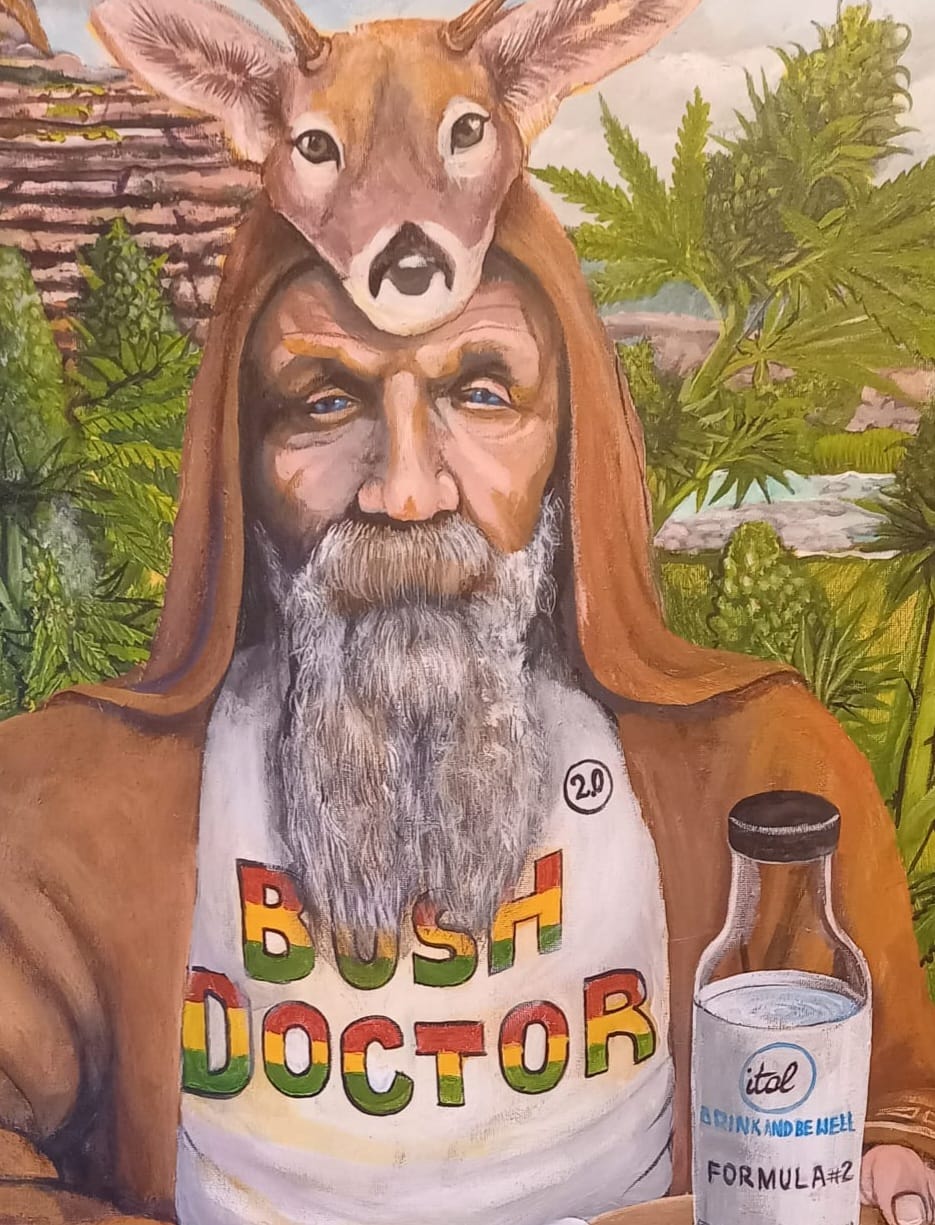 A TRUE MODERN-DAY ROBIN HOOD WALKS AMONG US

A TRUE MODERN-DAY ROBIN HOOD WALKS AMONG US

Here’s the fascinating story of a visionary whose path in life has taken unimagined turns that eventually
led him into a gratifying yet precarious role he never believed would be his to play. A hero to some and to
others the devil’s advocate. Either way, this man is now at the center of a brewing controversy.

Anyone familiar with superheroes can tell you that appearances can be deceiving and our hero is no
exception. Rinus Beintemahas the look of a kindly grandfather, a gray bearded quasi-Santa Claus with a
twinkle in his eye, a mischievous smile at the ready and quick with a humorous anecdote or a sarcastic
retort if necessary. But this unassuming looking man is much more than his mere form would suggest.

Often called the “Robin Hood of Cannabis” in the Netherlands and Europe, Rinus Beintema is anything
but unassuming. Outspoken, determined, and at the forefront of the struggle to legalize medical
cannabis compounds, willing to push the envelope to extreme limits, he believes he has at last found a
loophole in the law that finally allows them to move forward with true medical cannabis products.

Said Beintema about this new solution “This changes the whole industry…” 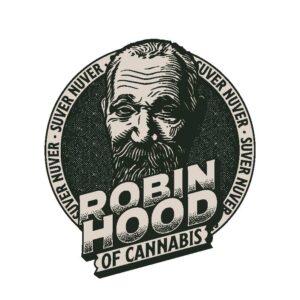 BACK TO WHERE IT ALL BEGAN

Rinus’ story begins long ago but our peek at his life begins a few years back. Nearly half his life saw Rinus
raising large quantities of illegal cannabis to supply Amsterdam’s famous coffee shops. Sadly, a violent
episode saw his partner shot and a truly traumatized Rinus made a decision that changed the entire
direction of his life, and the lives of many others, by moving away from the illegal aspect forever.

But cannabis wasn’t yet done with this “Robin Hood”. In an unusual twist his own father brought his
attention to an old friend suffering severe arthritis and no relief. Rinus could not turn away and resolved
to do whatever he could for this person. He formulated a cannabis oil designed to allay chronic pain for
his father’s friend. It worked so well that soon over 1000 others in need reached out to him for help.

This episode changed the route of his existence, a crusade for legalization and betterment of mankind
with a deliberate decision to be totally nonprofit. Beintema and friends created social clubs and openly
made cannabis oil. They soon attracted thousands who fell out of the system when their own doctors
gave an emphatic NO to cannabis treatments they didn’t believe in, especially without clinical proof.

Rinus then set out to collect that crucial clinical data, show it to doctors and share it with the world.
He and his friends worked tirelessly on research and development as countless donations poured in.
Said Beintema “This kind of help gave us the power we needed to do more.” Now with the needed
financial muscle they created a new laboratory to generate more clinical trials and essential testing.

Rinus was shocked to find a tremendous market made up of Dutch people frustrated with health care
that was focused on pharmaceutical drugs that didn’t seem to work and had negative side effects. These
people were searching for more natural alternatives that actually worked. But he needed help…

SUVER NUVER IS CREATED TO CHANGE LIVES FOR THE BETTER

The 55-year-old Beintema has a long history of maneuvering in and out of the law, particularly the very
confusing tolerance policy. He resolved to operate with complete openness and embarked on a mission
to bring relief to sufferers and to campaign tirelessly to break open the chains of impossible rules,
arcane regulations and end the confusion of laws designed to prevent any positive use of cannabis.

It is with this in mind that he created a foundation specifically dedicated to completing both of these
goals. Rinus created Suver Nuver in 2013 and they began shipping his uniquely formulated cannabis oil
to patients suffering from sleeplessness, to stimulate the appetite, chronic pain relief, ease epilepsy and
rheumatism, to combat grand mal seizures and to ward off effects of Alzheimer’s and other diseases.

Beintema went to work to find the right CBD combinations for the many ailments of these people. His
cannabis oil concoctions proved effective for many and over the years the number of people coming to
him for relief steadily climbed to over 15,000. For a donation of just 10 Euros, suffers received a sachet
of specially formulated cannabis oil through the mail, truly a miracle for the average person.

Fast forward 4 years. Despite all their efforts, Rinus and Suver Nuver still walked a very thin line.
Eventually however the Netherlands judiciary felt they had to put a stop to their humanitarian work
providing sufferers in the public with real relief…all in the name of protecting the public!

Despite the knowledge he could be arrested at any moment and the whole operation shut down,
Beintema and Suver Nuver operated openly until a letter came from the police in 2018 that sent shock
waves of apprehension and fear through the humanitarian group and their supporters.

After years of providing evidence of the relief to thousands, wrangling over laws, rules and regulations,
Rinus and Suver Nuver were vigorously prosecuted and eventually convicted for violating the Opium Act
and the Medicines Act, but in a stunning turn of events, they were given no punishment. The judge said
of Beintema that he “…has shown social commitment, and did not do this for his own benefit.”

A SEARCH FOR TRUTH…AND LEGAL LOOPHOLES!

A few months after his conviction Rinus grew tired of waiting for the Hague to take action. He began to
carefully study the laws and regulations concerning CBD delivery systems and THC down to the tiniest
detail. He soon realized that he needed a way to show the distinction between the fully legal CBD and
the still-illegal THC (the psychoactive substance in cannabis) within the terms of existing laws.

It eventually became apparent to Beintema that the chemical make-up of cannabis oil simply couldn’t
satisfy the tolerances set by the government and that he needed a CBD product available without a
doctor’s prescription, delivered carefully crafted cannabinoid combinations and met all legal rules.

There are always traces of THC in the oil and the law specifies anything below 0.05% is legal and the law
specifies individuals are not permitted to ingest more than 160 micrograms adult dosage of CBD per day.
Rinus was delighted…he had finally found the legal loophole that would change the CBD world forever!

“If you look closely at those 2 numbers,” says Beintema, “the loophole in the law can already become
clear to you. It is actually very simple. One is a percentage and the other is an absolute quantity.”

FINALLY AN ALL NATURAL 100% LEGAL SOLUTION IS FOUND

Now that the solution and the path were clear, Rinus had one more obstacle to overcome, a CBD
delivery system that complied with every requirement, worked with every cannabinoid combination,
provided the exact dosage of each and was guaranteed to be within the 0.05% THC tolerance.

Beintema and Suver Nuver searched across the globe to find the key to his odyssey and eventually they
were successful in a locale he had never heard of before in his life, a faraway place called Pittsburgh.

Tomorrow Hemp Synergistics is celebrating Rinus’ birthday with a ground-breaking announcement
guaranteed to indelibly change the landscape of the entire CBD industry and its many adherents.

We invite you, your family, friends and acquaintance sto join us to give Rinus and his supporters around
the world a very special birthday present on the most appropriate date: 4/20 International Cannabis Day
Now all of Rinus’ struggles, hard work and especially his vision are about to become a reality. “This is going to change the whole industry….” Rinus Beintema